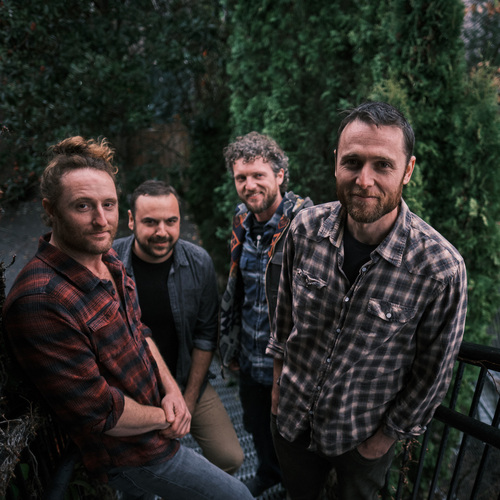 Uncle Matt Shaver presents an evening with the Jenner Fox Band and Sean Hall at his event space (2330 Elm Street) in downtown Bellingham.

The members of the Pacific Northwest based Jenner Fox Band collaborated on various touring and studio projects for years before formally assembling for an experimental cargo bicycle tour of california in 2021. It clicked. They shared a sensibility for deep listening, three-part harmony, space, and 50-mile bike days. Bringing Fox's songs into a vaster musical landscape, the band has delighted audiences up and down the west coast since day one. Featuring Mark Karwan on double bass, and former members of the beloved Bellingham outfit, Polecat – Jeremy Elliott on electric guitar and Aaron Guest on keys, this band is not one to be missed.

"Nearly charmed the pants off me.” – American Pancake

“Jenner Fox is the rare artist who comes along and doesn’t sound like anybody else. His lyrics paint a vivid picture of our most intimate and profound emotions even when delivered with a nod or a smile.” Jim Goodwin, Jive Radio

Award winning Candyrat Recording artist Sean Hall is a percussive fingerstyle guitarist from Bellingham, WA. Weaving beautiful melodies with lush harmonies and percussive elements, his performances invite listeners to experience the melodic landscapes he creates. Sean has toured extensively in 48 states and over 20 countries, winning the Epic Records national competition and being featured at The Gorge Amphitheater in Washington State. Sean is produced by the renowned Antoine Dufour and collaborates regularly with him as well as acclaimed guitarists such as Calum Graham and Trevor Gordon Hall. Inspired by trail blazers such as Michael Hedges, Alex de Grassi and Phil Keaggy, Sean strives to continue the legacy of smashing the boundaries of what can be done on the acoustic guitar.