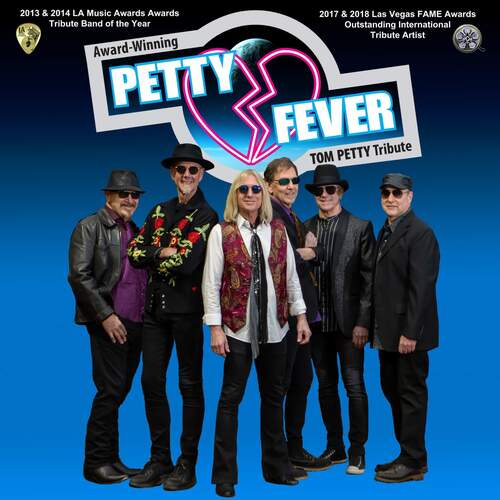 Petty Fever is the recipient of multiple awards which include; a 2017 and 2018 Las Vegas FAME Award for “Outstanding Tribute Band” presented at Hard Rock Live in Las Vegas, NV and the 2013 & 2014 Los Angeles Music Awards "Tribute Band of The Year" Award presented at the Avalon Theater in Hollywood, CA. They provide a stunning salute to Tom Petty & the Heartbreakers, performing over three decades of classic Petty hits such as American Girl, Free Falling, Breakdown, Running Down a Dream, I Won’t Back Down, You Wreck Me and many more to thrilled crowds of all ages. Their High-Energy show is second to none and an excellent headline act for Fairs, Casinos, Theaters, Special Events and Corporate Events across the globe.

Performing for enthusiastic audiences worldwide, they always leave the crowd craving for more. If you're looking for an incredibly authentic Tom Petty and the Heartbreakers concert experience, Catch Petty Fever!!